Trading in the forex markets is rather subdued today. Major pairs and crosses are staying inside yesterday’s range for now. Dollar and Yen turn softer. Sterling is in a weak recovery, but lacks follow through buying. It’s too hard for traders to commit to a bet on a trade deal between UK and EU, or not. Swiss Franc is currently the strong one, together with Euro.

Technically, as Dollar’s recovery falters, focus is back 1.2177 minor resistance in EUR/USD. Besides, EUR/JPY might also have a take on 126.68 temporary top too. We’ll see if any one of the two pairs could have an upside breakout first, or both together. But for that to happen, stocks could have to turn stronger today. In particular, DOW has to stay firm above 30k handle first, and challenge yesterday’s high at 30233.

UK Johnson: We will prosper mightily under any version of Brexit

UK Prime Minister Boris Johnson said the situation is “very tricky” and Brexit trade talks are “very, very difficult at the moment”. “We’re willing to engage at any level political or otherwise, we’re willing to try anything,” he said. “But there are just limits beyond which, obviously, no sensible independent government or country could go.”

But Johnson also added, “you know there may come a moment when we have to acknowledge that its time to draw stumps and that’s just the way it is.” He emphasized, “we will prosper mightily under any version and if we have to go for an Australian solution then that’s fine too.” Australia currently has no free trade agreement with EU.

Johnson is expected to have a physical meeting with European commission President Ursula von der Leyen in the “coming days”. But there is no firm schedule yet. Also, von der Leyen said in a tweet yesterday, “the conditions for finalizing an agreement are not there due to the remaining significant differences on three critical issues: level playing field, governance and fisheries”.

“The announcement of imminent vaccine approvals makes financial market experts more confident about the future. The ZEW Indicator of Economic Sentiment increased significantly in December despite the still high numbers of new coronavirus infections. This is most likely due to the announced forthcoming COVID-19 vaccine approvals,” comments ZEW President Achim Wambach on the current expectations.

Australia NAB business confidence rose to 12, but no improvement in employment

Australia NAB Business Confidence rose to 12 in November, up from 3. Business Conditions rose to 9, up from 2. Trading conditions improved to 17, from 7. Profitability conditions rose to 15, up from 5. Employment conditions, however, was unchanged at -5. NAB noted, “Overall both confidence and conditions are now above average, and stronger than the period right before the pandemic – albeit this partly reflects some ‘snapback’ following the containment of the virus.”

However, “the employment index did not see a further improvement and remains in negative territory. So, while activity is picking up as the economy reopens, businesses are yet to move back into hiring mode. This is not completely surprising with the labour market often lagging developments in activity – so we will keep closely watching this measure,” said Alan Oster, NAB Group Chief Economist 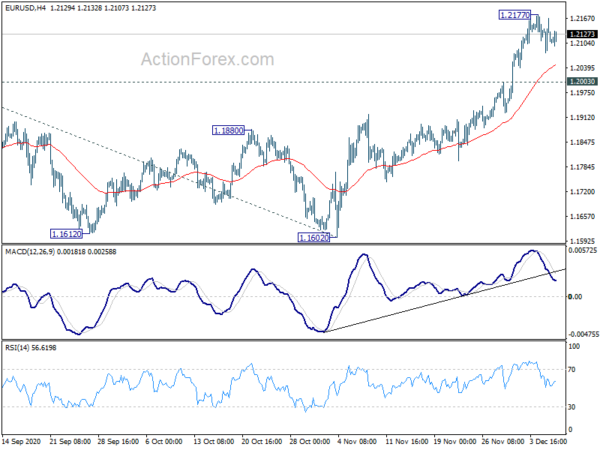 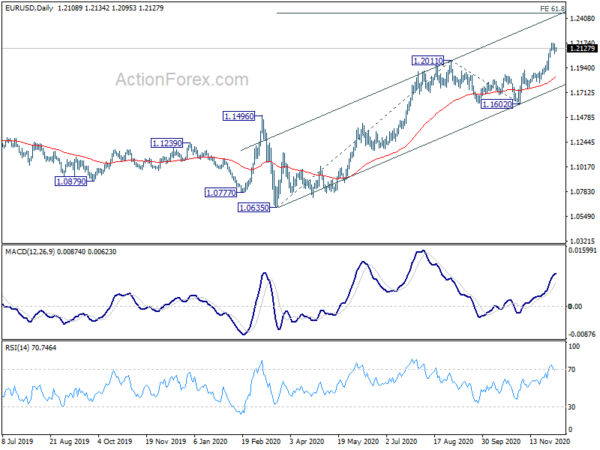