The forex markets are rather quite in Asia today, following subdued trading elsewhere. Dollar’s decline is slowing but it remains the worst performing major currency so far, followed by commodity currencies. Sterling and Yen are the stronger ones this week, as both are supported by rallies in respective treasury yields. Though, Swiss Franc is surprisingly even stronger, in a still risk-on market. While Euro stays firm against Dollar, it’s mixed elsewhere.

Technically, 104.39 resistance turned support in USD/JPY will remain a focus. It’s so far holding on to the level but firm break will suggest completion of near term rebound from 102.58. That would likely prompt deeper selloff in the pair and further confirm overall bearishness in Dollar. Euro is also starting to look weak against Sterling and Aussie. Eyes will be on when EUR/GBP and EUR/AUD would break through 0.8737 and 1.5615 temporary low respectively.

RBA Harper: Still plenty of excess capacity in the economy

RBA board member Ian Harper said there’s “still plenty of excess capacity in the economy”. The tendency for monetary stimulus to product an asset-price bubble is “way off where we’re presently headed”. Policymakers indeed wanted asset prices to be increasing to speed up investment. Harper added, “the bank can continue to buy bonds for as long as it likes, there’s no obstacle to that.”

“The recent changes that the Fed made, well that was to bring them up to where we are basically,” he said. “We’ve never religiously or rigidly interpreted the timeframe over which we would seek the inflation rate to be within the target band.”

In a relatively dovish speech, Fed Chair Jerome Powell said, “despite the surprising speed of recovery early on, we are still very far from a strong labor market whose benefits are broadly shared.” And, “even those grim statistics understate the decline in labor market conditions for the most economically vulnerable Americans.”

“Given the number of people who have lost their jobs and the likelihood that some will struggle to find work in the post-pandemic economy, achieving and sustaining maximum employment will require more than supportive monetary policy,” he added. “It will require a society-wide commitment, with contributions from across government and the private sector.”

Gold’s recovery lost momentum with 4 hour MACD crossed below signal line. That came after hitting 55 day EMA, and well ahead of 1875.59 near term resistance. Overall outlook stays bearish that decline from 1959.16, as the third leg of the corrective pattern from 2075.18, is in favor to continue. 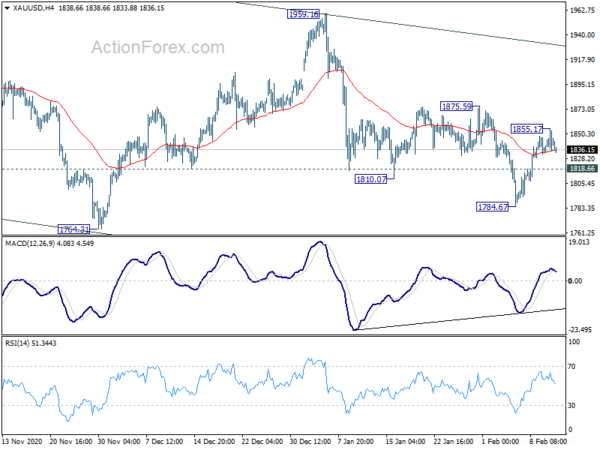 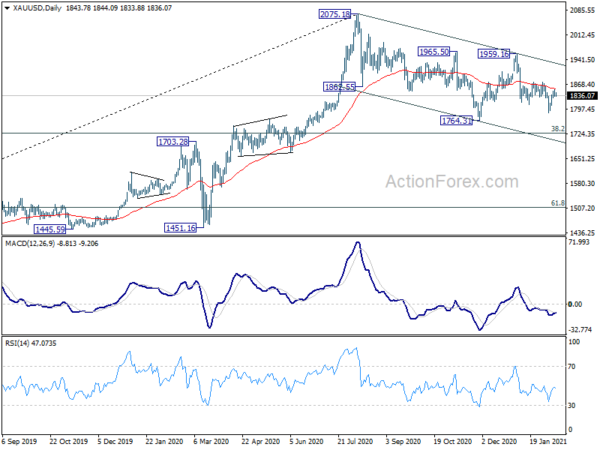 Australia consumer inflation expectations jumped to 3.7% in February, up from 3.4%. US will release jobless claims later today. 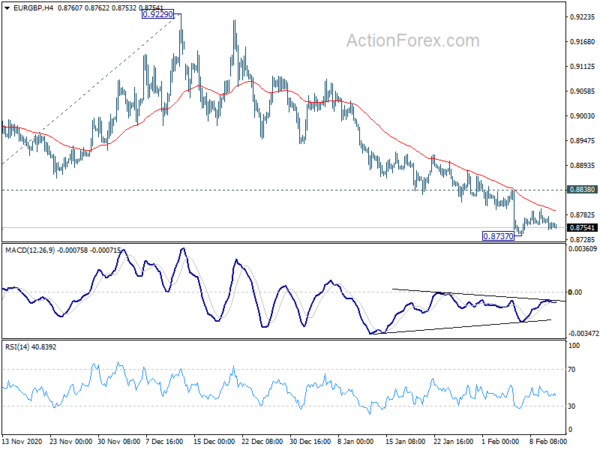 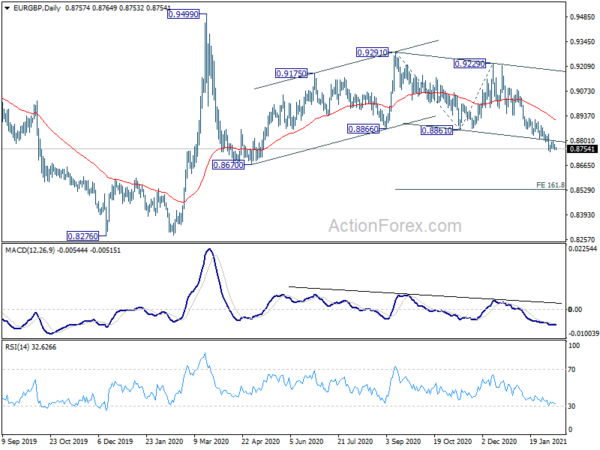