Dollar’s decline resumed overnight and stays soft in Asian session today. Though, intensity of the selloff remains relatively weak. FOMC minutes is a feature today but that’s unlikely to provide any inspiration for the greenback. Sterling is indeed still the worst performing one for the week for now, as weighed down by fresh lockdowns. As for today, New Zealand and Australian Dollars are the strongest, followed by Swiss Franc.

Technically, Gold is losing momentum ahead of 1965.50 resistance, but there is no confirmed sign of topping yet. Any intensifying sell-off in Dollar could prompt upside acceleration in Gold through the resistance. Though, a break of 1934.12 support will sign a pull back, and be a pre-sign of Dollar’s rebound against other major currencies. 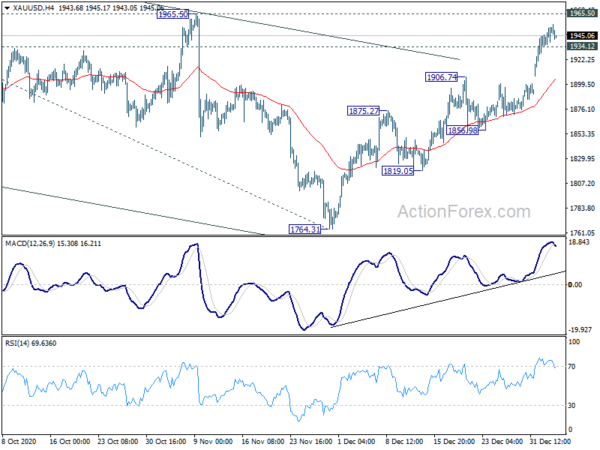 Oil prices are given a lift after Saudi Arabia agreed to a larger production cut with OPEC+ allies. The world’s largest oil exporter agreed to make additional, voluntary cut of 1m barrels per day in February and March. The move led to an overall cut of over 900k bpd in production by OPEC+.

Saudi energy minister Prince Abdulaziz bin Salman said, “as we see light at the end of the tunnel, we must — at all costs — avoid the temptation to slacken off our resolve. Do not put at risk all that we have achieved for the sake of an instant but illusory benefit.”

WTI crude is expending recent rally after brief set back, and it’s now back above 50. Further rise should be seen to channel resistance at 51.71. Some resistance would likely be seen there to limit upside and cap momentum. However, sustained break there would indicate upside acceleration and open up the case for further rally to 65.43 medium term resistance next. 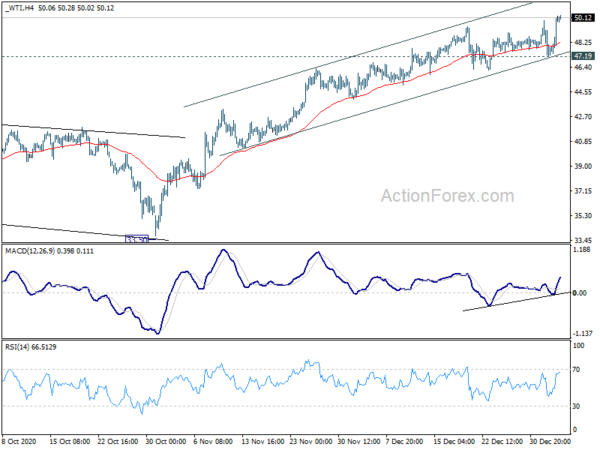 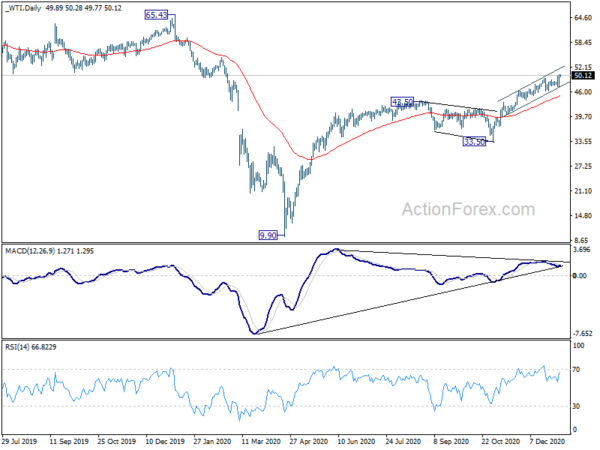 China Caixin PMI Services dropped to 56.3 in December, down from 57.8, missed expectation of 58.1. Markit said that business activity and new orders both increased at softest rates for three months. Though, optimism towards the year ahead edged up to highest since April 2011. The sharp rise in costs drove steepest increase in output charges for nearly 13 years.

PMI Composite dropped to 55.8, from a more than 10-year high of 57.5. Wang Zhe, Senior Economist at Caixin Insight Group said: “Looking ahead, we expect the post-epidemic economic recovery to continue for several months, and macroeconomic indicators will be stronger over the next six months due to the low bases in the first half of 2020. Entrepreneurs were confident about further improvement to the economy in the upcoming year.

“Meanwhile, we need to pay attention to the mounting pressure on costs brought by the increase in raw material prices and its adverse impact on employment, which is particularly important to figuring out how to exit the stimulus policies implemented during the epidemic.”

Fed Evans: 3% inflation would not be so bad

In an online meeting of the American Economic Association, Chicago Fed President Charles Evans said that “if we got 3% inflation that would not be so bad,” if it’s not accelerating out of control. Also, with structurally low interest rates pulling down on inflation, “it is very difficult to imagine out of control inflation, even with the large debt that fiscal authorities have been running up.”

In the prepared remarks, Evans also said financial stability objectives are ” best addressed through supervision and regulation rather than through monetary policy tools”.

“The reality that the effective lower bound is no longer an unusual occurrence prompted the FOMC to embark on a comprehensive review of its monetary policy framework and make changes in our monetary policy strategy”, he added.

“Perhaps it is time for financial institutions and their supervisors to do the same–that is, review their business models and make their supervisory and regulatory strategies as robust and resilient as possible–in this low nominal interest rate environment.”

UK BRC shop price dropped -1.8% yoy in November. Japan consumer confidence dropped to 31.8 in December, down from 33.7, missed expectation of 32.6. 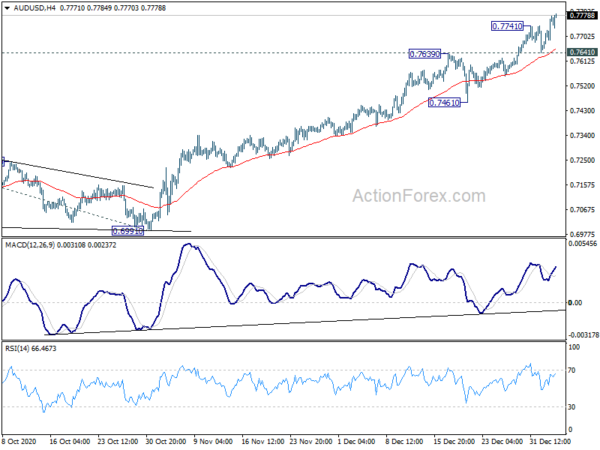 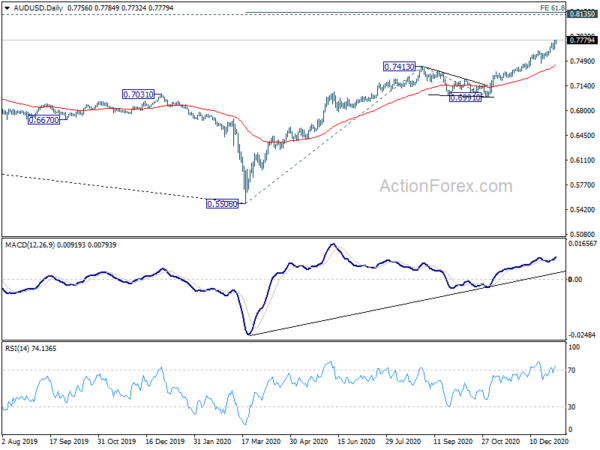 Dollar Weakens in Quiet Markets, But Holding in Range

Brent crude slides below $85 a barrel as dollar surges