Dollar falls broadly in early US session after much worse than expected jobless claims data, confirming the impact of the current wave of coronavirus pandemic. Yen is not far behind for now as second weakest. But Sterling is also facing some selling pressure on Brexit impasse. Commodity currencies are currently the strongest ones, as led by Australian Dollar. Euro is also firm after ECB delivered the expansion and extension of PEPP as markets expected. 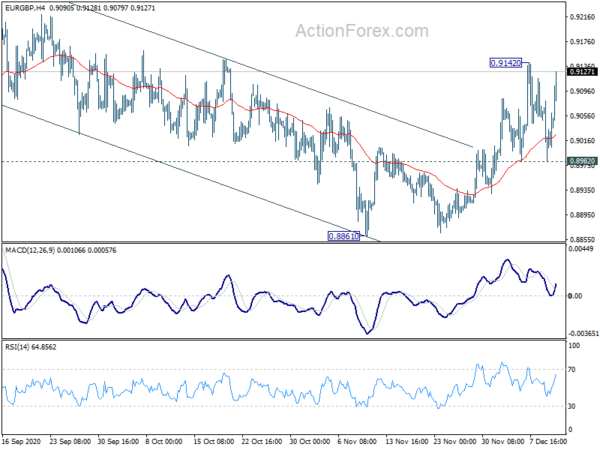 ECB announced a package of measures today, including expanding and extending the pandemic emergency purchase programme (PEPP). The measures are “to preserving favourable financing conditions over the pandemic period, thereby supporting the flow of credit to all sectors of the economy, underpinning economic activity and safeguarding medium-term price stability.” ECB also stands ready to ” stand ready to adjust all of its instruments, as appropriate”

The central bank left main refinancing rate unchanged at 0.00% as widely expected. Marginal lending rate and deposit rate are held at 0.25% and -0.50% respectively. The asset purchase programme (APP) purchase will continue at a monthly pace of EUR 20B.

The envelop of the pandemic emergency purchase programme (PEPP) is raised by EUR 500B to a total of EUR 1850B. The program will also be extended to “at least the end of March 2022”. The third series of targeted longer-term refinancing operations (TLTRO III).is extended by 12 months to June 2022, with three additional operations to be conducted between June and December 2021. The total amount that counterparties will be entitled to borrow in TLTRO III operations from 50 per cent to 55 per cent of their stock of eligible loans. ECB also decided to extend the collateral easing measures to June 2022. Four additional pandemic emergency longer-term refinancing operations (PELTROs) will be offered in 2021.

The European Commission announced today a set of “targeted contingency measures” in case of no-deal Brexit on January 1, 2021. The measures aim at ” ensuring basic reciprocal air and road connectivity between the EU and the UK, as well as allowing for the possibility of reciprocal fishing access by EU and UK vessels to each other’s waters.”

President von der Leyen said: “Negotiations are still ongoing. However, given that the end of the transition is very near, there is no guarantee that if and when an agreement is found, it can enter into force on time. Our responsibility is to be prepared for all eventualities, including not having a deal in place with the UK on 1 January 2021. That is why we are coming forward with these measures today”.

UK GDP grew 0.4% mom in October, slightly below expectation of 0.5% mom. That’s, nonetheless, the sixth consecutive monthly increase. GDP was 23.4% higher than the trough in April, but -7.9% below the level in pre-pandemic February.

Also released, goods trade deficit widened to GBP -12.0B, wider than expectation of GBP -9.6B.

France industrial output rose 1.6% mom in October, well above expectation of 0.4% mom. Manufacturing output rose 0.5% mom. However, output remained significantly lower in the manufacturing industry (-5.0%), as well as in the whole industry (-3.6%). 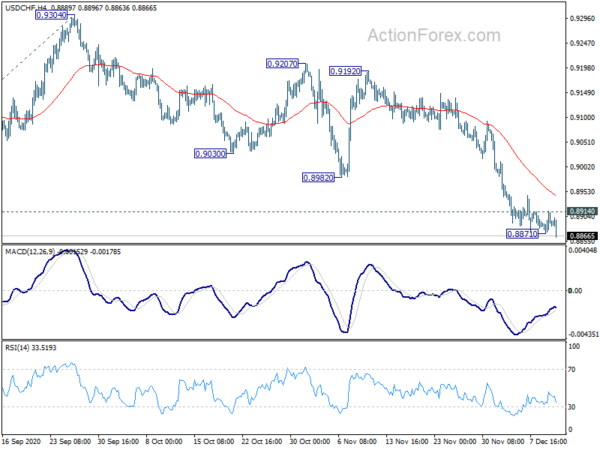 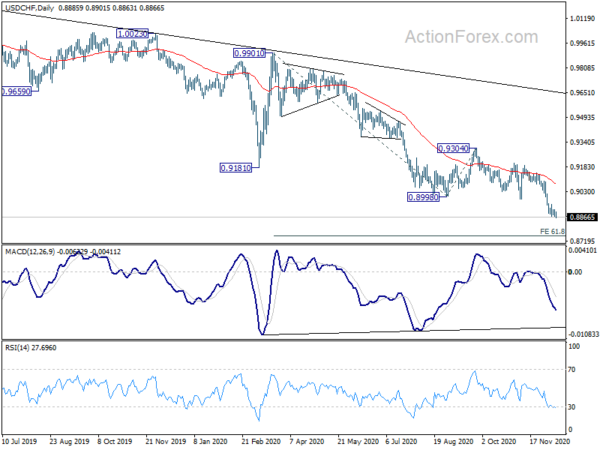