Trading in the financial markets are rather subdued today, pretty much in pre-holiday mood. Dollar is still in recovery mode but upside momentum has been very weak. The greenback is set to end as the worst performing one, followed by Canadian and then Swiss Franc. On the other hand, Sterling is also paring some gains, with eyes in the final hours of Brexit trade talks. It’s still the strongest one for the week. But it’s hard to say with certainty that the Pound could hold on to its position.

Technically, EUR/JPY tried to resume recent rally by and broke 126.74 temporary top. Yet, strong resistance is see from 127.07 key resistance level, as the cross then retreated notably in early US session. GBP/JPY is also dragged down. We might indeed see Yen crosses turning slightly lower before weekly close. But overall, we’ll have to wait for next week for any tradeable developments.

EU chief Brexit negotiation Michel Barnier told the European Parliament, “It’s the moment of truth. There is a chance of getting an agreement but the path to such an agreement is very narrow.”

“We find ourselves in a very serious and sombre situation,” he added. “We have very little time remaining, just a few hours to work through these negotiations in a useful fashion if we want this agreement to enter into force on the first of January.”

“That is where we get to one of the most difficult issues at the moment. Fisheries being part and parcel of the trade relationship,” said Barnier. “We have to be prepared for all eventualities.”

He added: “our door is open, we’ll keep talking but I have to say things are looking difficult. There’s a gap that needs to be bridged.”

Ifo said: “Companies were more satisfied with their current business situation. They were also less skeptical about the coming six months. While the lockdown is hitting certain sectors hard, overall the German economy is showing resilience.

BoJ announced to extend the during of the Special Program to Support Financing in Response to the Novel Coronavirus (COVID-19) by 6 months. Other than that, monetary policy was kept unchanged. Under the yield curve control framework, short term interest rate target was held at -0.1%. 10-year JGB yield target is held at around 0%, with unlimited purchase of government bonds.

Also, BoJ will “conduct an assessment for further effective and sustainable monetary easing, with a view to supporting the economy and thereby achieving the price stability target of 2 percent”. Nevertheless, the framework of QQE with YCC has been “working well to date” and thus there is “no need to change it. The results of the review will likely be be published in March.

The central bank said Japan’s economy is “likely to follow an improving trend” with gradual waning of COVID-19 impact. But pace of improvement is expected to be “only moderate”. Year-on-year rate of core CPI is “likely to be negative for the time being”. But it’s expected to turn positive and then increase gradually.

New Zealand goods exports dropped -0.2% yoy to NZD 5.2B in November. Goods imports dropped -17% yoy in NZD 5.0B. Monthly trade balance was a surplus of NZD 252m, slightly above expectation of NZD 250m. That’s the first November surplus since 2013. There were contrasting movements in exports to top destinations. Exports to China, US and EU were up. Exports to Australia and Japan were down. Imports were down from all top trading partners, including China, EU, Australia, US and Japan. 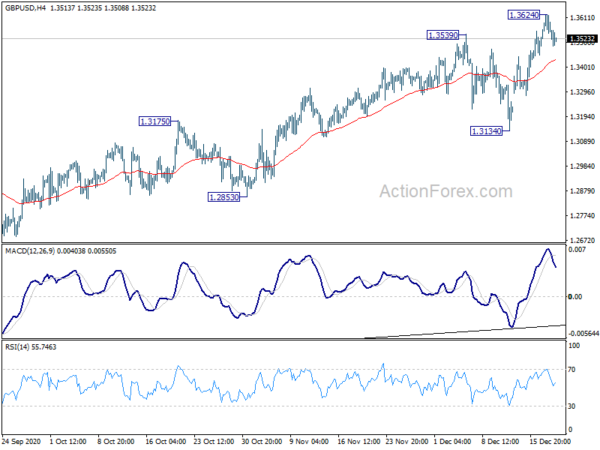 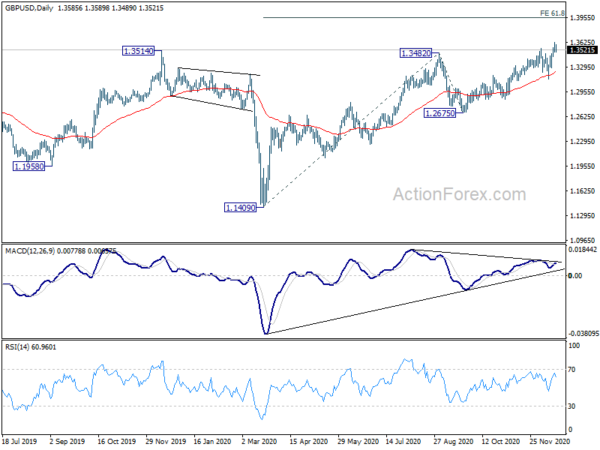