The sharp turn in risk sentiments overnight pushed “safe-haven” currencies generally higher. Among them, Dollar is currently outperforming both Swiss Franc and Yen. On the other hand, Australian Dollar is leading other commodity currencies lower. Euro and Sterling are mixed, with the Pound having a slight upper hand.

Technically, the movements are mainly centered around commodity currency pairs. AUD/USD’s break of 0.7641 suggests that larger downward correction is underway. Similarly, USD/CAD’s break of 1.2798 resistance also confirmed short term bottoming. Though, EUR/USD will need to break through 1.2052 support decisively to confirm Dollar’s underlying strength. Or at least, USD/JPY needs to break through 104.59 resistance firmly too. 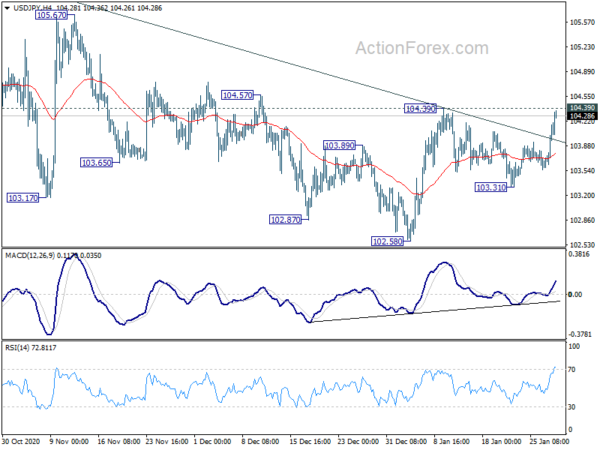 FOMC provided reality check, DOW and TNX tumbled but no change in up trend yet

US stocks markets suffered the steepest decline since October after Fed give investors a reality check on the state of the economy. FOMC kept monetary policy unchanged, and reiterated: “The path of the economy will depend significantly on the course of the virus, including progress on vaccinations. The ongoing public health crisis continues to weigh on economic activity, employment, and inflation, and poses considerable risks to the economic outlook.”

Chair Jerome Powell admitted, “the risks are in the near term, frankly”. The economy was still a long way from a full recovery while “the whole focus on (stimulus) exit is premature.” Though, “several developments point to an improved outlook for later this year”, with vaccine rollouts.

Dollar index in head and shoulder bottom, but still capped by 91.01 resistance

The condition of near term reversal is building further up, considering the head and shoulder bottom pattern. Still firm break of 91.01 is needed to confirm the start of a near term rally (be it a corrective rise or the start of an up trend). In that case, DXY would tentatively be looking at 94.74 resistance as a target to test. Rejection by 91.01 will bring another fall through 89.20 before bottoming.

Gold down mildly but holding on to 1832 support

Gold weakened mildly following Dollar’s strength but still stays above 1832.40 support. Outlook is unchanged that price actions from 1810.07 is seen as a corrective move, even though another rise cannot be ruled out. Firm break of 1832.40 will bring retest of 1810.07. Break will resume whole fall from 1959.10.

The decline from 1959.16 is seen as the third leg of the corrective pattern from 2075.18. Deeper fall is expected through 1764.31 before completing the pattern. 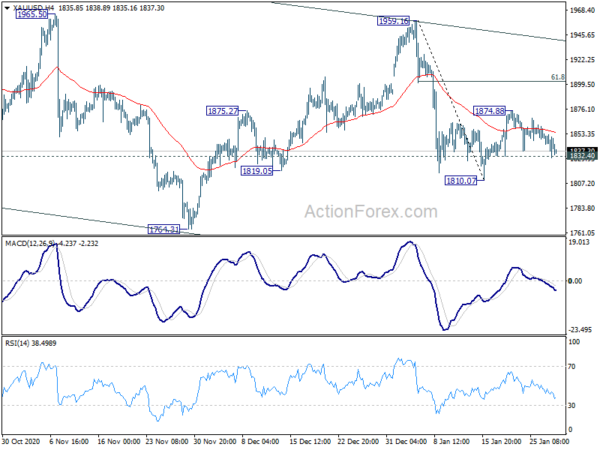 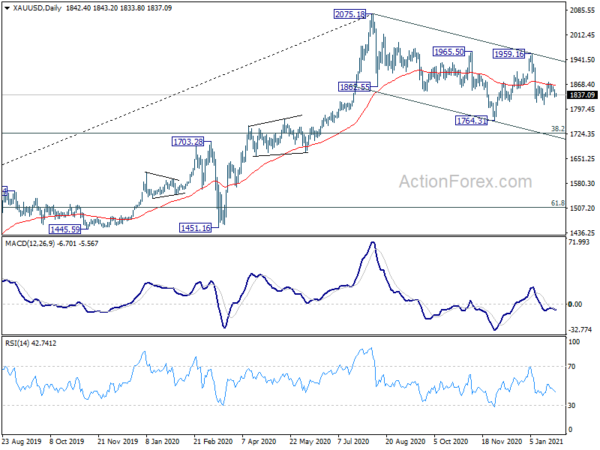 Exports to China was down NZD -97m, up to USA, EU, Australia and Japan. Imports from China was up NZD 273m, from AU was up NZD 81m, but down from EU, USA and Japan. 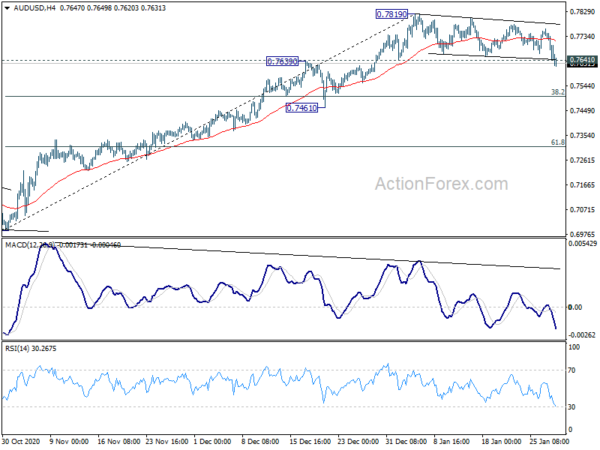 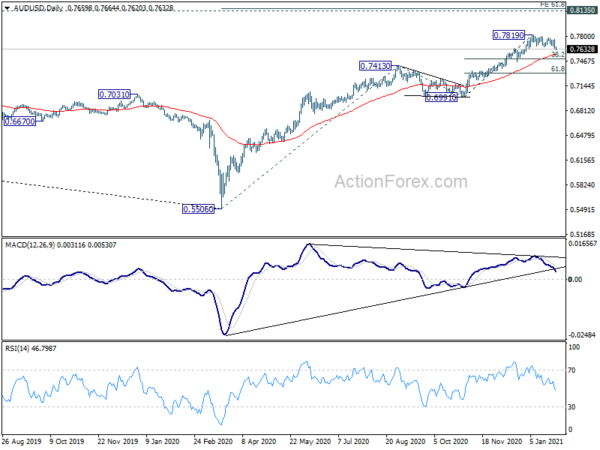 Some tech leaders are turning layoffs, hiring freezes into opportunity