Dollar trade with a generally soft tone today, with strong risk-on markets in the background. But overall, most major pairs and crosses are bounded inside last week’s range. The economic calendar is extremely busy for the rest for the week. But there are still a couple of things to resolve, or the data would only trigger volatility. Brexit trade agreement and US stimulus negotiations need to be cleared before markets take a firm near term direction.

Usamah Bhatti, Economist at IHS Markit, said: “Despite the short-term disruption caused by a resurgence in coronavirus disease 2019 (COVID-19) cases, Japanese private sector businesses were optimistic that business conditions would improve in the year-ahead. Positive sentiment stemmed from the expectation that there would be an end to the pandemic which would fuel both domestic and international demand. Nevertheless, uncertainty surrounding the timing and pace of the economic recovery resulted in a softening of expectations.”

Pollyanna De Lima, Economics Associate Director at IHS Markit, said: “Not only was the Australian economic recovery sustained in December, but growth also gathered momentum as the loosening of COVID-19 restrictions underpinned further improvements in demand for goods and services…. Both goods producers and service providers continued to hire extra staff, the former to the greatest extent in close to three years… Private sector companies were at their most optimistic in over two years…One area that failed to improve was exports… The latest fall in international sales was the eleventh in successive months.”

Australia Westpac-Melbourne Institute Leading Index rose from 3.77% to 4.38% in November. That’s the strongest growth rate in the sixty year history of the measure. Though, Westpac said “the gains still largely reflect the severity of the preceding contraction”. In level terms, the index has now “recouped 80%” of that fall.

Westpac expects RBA to introduce a second AUD 100B QE program in February meeting. That would be followed by two smaller program of AUD 50B each in the year to October 2022.

In a speech, BoC Governor Tiff Macklem said the economic recovery from the pandemic is “at a very difficult stage”. For the nears term, rising coronavirus infections will “dampen growth and could even deepen our economic hole” and uncertainty is “elevated”. The recovery is going to be “long and choppy”.

Nevertheless, he noted that “trade has bounced back faster than many economists had predicted” and are expected to be strong in 2021. News of vaccines also “puts a more certain timeline on the resurgence of global demand”. “As a country, we need to leverage the broad trade access we have and work with like-minded countries to foster a renewed spirit of open, rules-based trade that works for the 21st century.”

Fed should leave all the monetary policy measures unchanged today: Fed funds rate should stay unchanged at 0-0.25% and asset purchases at USD120B per month. The focus of the meeting will be on the adjustment of the forward guidance about the asset purchase program. It will be a qualitative, outcome-based guidance as “most” members favored.

Additionally, the statement will be accompanied by the updated economic projections and median dot plots about the policy rate outlook. For the former, thanks to the vaccine news, the Fed might upgrade GDP growth and inflation forecasts for 2021. We expect the majority of members would project no rate hike until end-2023. Yet, it is possible that more members would anticipate an increase before that, when compared with the last projections. 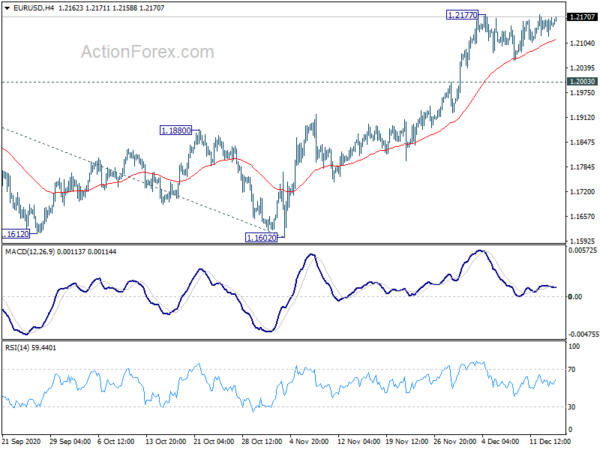 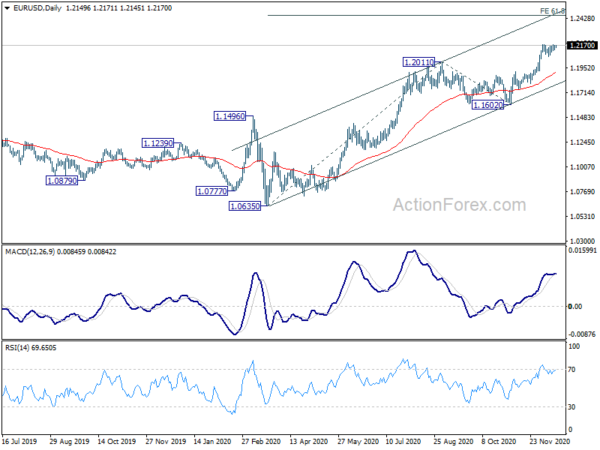