Dollar trades generally lower today as Asian markets ex-Japan open the year on strong footing. Investors are generally riding on optimism of vaccine rollouts and an eventual sustainable global recovery. Though, for the short term, Japan is facing risk of more lookdowns while coronavirus infections in the US could still surge again. The forex markets are mixed elsewhere, with Aussie and Kiwi paring some recent gains. Euro and Swiss Franc are struggling in consolidations.

“Even during the three days of the New Year’s holidays, cases didn’t go down in the greater Tokyo area,” Suga said. “We felt that a stronger message was needed.” He added that in some regions like Osaka Prefecture and Hokkaido, shortening restaurant hours helped stem the rise in infections.

Japan PMI Manufacturing finalized at 50, stabilization at the end of a tumultuous year

Japan PMI Manufacturing was finalized at 50.0 in December, up from November’s 49.0. Markit said output stabilized after 23 consecutive monthly falls. Also, employment rose for the first time since February.

“Japanese manufacturers signalled a broad stabilisation in operating conditions at the end of a tumultuous year, as the headline PMI registered at the 50.0 no-change threshold in December. This pushed the PMI to the highest level since April 2018 and ended a sequence of 19 straight declines – the longest in the survey history.

“The overall health of the Japanese manufacturing sector was boosted by output levels steadying following nearly two years of consistent declines. Although new orders reduced in the latest survey period, the fall was the softest recorded in the current sequence dating back to January 2019.

“Businesses reported a sustained increase in optimism, with a third of respondents predicting a rise in output over the coming 12 months. This is in line with the IHS Markit forecast for industrial production to grow 7.3% in 2021.”

China Caixin PMI Manufacturing dropped to 53.0 in December, down from 54.9, missed expectation of 54.9. Markit said that output and new work expanded at slower, but still marked, rates. Staffing levels stagnated, despite further uptick in backlogs of work. Input costs increased at quickest rate for three years.

Wang Zhe, Senior Economist at Caixin Insight Group said: “In December, the negative impact of the pandemic on the domestic economy further subsided and the manufacturing industry continued to recover. Both the supply and demand sides continued to improve. Overseas demand also steadily increased. In terms of the trend, we expect the economic recovery in the post-epidemic era to continue for several months, and macroeconomic indicators will be stronger in the next six months, taking into account the low bases in the first half of 2020.

“Meanwhile, we need to pay attention to the mounting pressure on costs brought by the increase in raw material prices and its adverse impact on employment, which is particularly important for the design of the exit from stimulus policies implemented during the epidemic.”

Fed and ECB minutes, US ISMs and NFP to highlight a week in full gear

The economic calendar is back in full gear this week. Fed and ECB minutes will catch some attention. Focuses will also be on ISMs and NFP from the US, Eurozone CPI, Germany production, Canada employment, and China PMIs. Here are some highlights for the week: 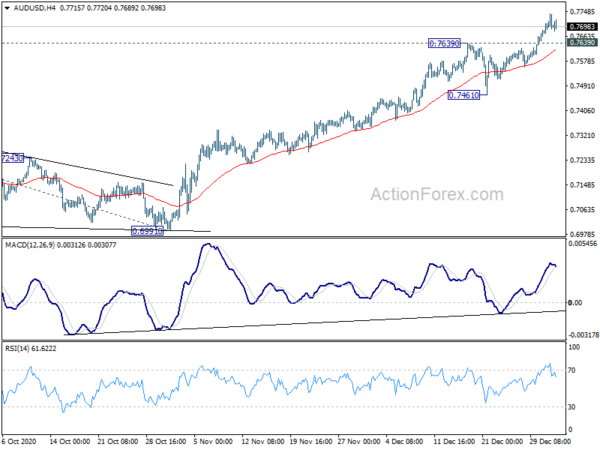 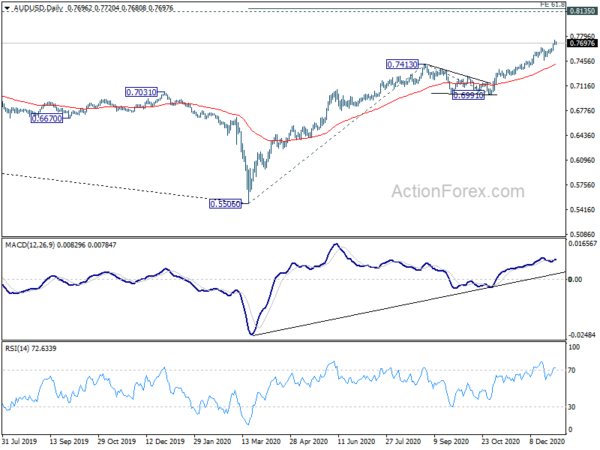 Dollar Breaking Down as Euro and Gold Jump