European stocks are trading generally higher today but no equivalent strength is see in the US pre-markets. Investors seemed to be lifted by news that EU, with backing from Germany, is going to introduce restrictions on COVID-19 vaccines over sudden supply cuts by AstraZeneca and Pfizer. There is little reaction to resignation of Italian Prime Minister Giuseppe Conte.

Commodity currencies are back as the strongest ones while Dollar, Yen and Swiss Franc are pressured. But overall, most major pairs and crosses are staying in range. More decisive moves are needed to confirm breakouts. Technically, GBP/USD and AUD/USD are still far from 1.3745 and 0.7819 resistance levels for now. But persistent selloff in Dollar would push these two pairs through the resistance to bring up trend resumption. Meanwhile, Sterling is also riding on a wave of buying. Decisive of 142.30/71 resistance will also be a strong bullish signal for GBP/JPY.

UK unemployment rate ticked up to 5% in Nov, claimant count rose only 7k in Dec

Germany manufacturers’ export expectations improved on Brexit and US clarity

Germany’s Ifo Export Expectations in manufacturing rose 1.9 pts to 6.0 in January, hitting the highest level since October. “Clarity on Brexit and the US presidency, a robust industrial economy, and the start of vaccination campaigns worldwide led to cautious optimism in the German export sector,” said Clemens Fuest, President of the ifo Institute.

“Manufacturers of computers and electrical equipment expect to see major increases in exports. Companies in mechanical engineering and the chemical industry are also confident about their future exports. Expectations among food and beverage manufacturers also saw a marked recovery. They currently assume their export business will hold steady. The international market is still difficult for Germany’s clothing industry. Furniture manufacturers also expect their international sales to decline.”

China’s PBOC Governor Yi Gang said in the virtual meeting of the World Economic Forum, “monetary policy will continue to prop up the economy, but at the same time we will watch for the risks. We will keep a delicate balance between supporting economic recovery, at the same time preventing risk.”

“One risk is the macro leverage ratio of China increased somewhat last year, the second risk is non-performing loans that are growing, and we also look at external risks, which is look at the capital flow situation,” he added.

Yi also pledged to “ensure our policies are consistent and stable”, and the central bank “will not exit from supporting policy prematurely.”

BoJ minutes: Developments in FX and other markets continued to warrant attention

Minutes of BoJ’s December 17-18 meeting showed some discussions on the topic of exchange rates. Some members noted that ” U.S. dollar continued to depreciate moderately against the yen as part of its depreciation trend against a wide range of currencies, and that developments in the foreign exchange and other financial markets continued to warrant attention.”

One of these members added “recent improvement in market sentiment had been partly driven by expectations for vaccines” and the member was closely monitoring stocks market developments. One member noted ” future developments in the U.S. credit market warranted attention, since market participants had been actively conducting risk-taking activities.”

On policy, “members agreed that the Bank would closely monitor the impact of COVID-19 and not hesitate to take additional easing measures if necessary.” Most members shared the view that, “as for policy rates, it would expect short- and long-term interest rates to remain at their present or lower levels.”

South Korea’s GDP grew 1.1% qoq in Q4, above expectation of 0.7% qoq. Momentum of the recovered was dampened, comparing to Q3’s 2.1% qoq, by second wave of coronavirus pandemic. Though, strong exports, which grew at 26-month high of 12.6% yoy in December, offset some weakness in private consumption. For the whole year, GDP contraction was limited to just -1%.

Analysts are also expecting a solid year for South Korea in 2021. Vaccination roll-outs to be started in February should reduce the need for restrictions and stimulate local demand. Return of global growth and 5G deployment would also support exports from Q2 onwards. Economists are expectation around 3% GDP growth this year. 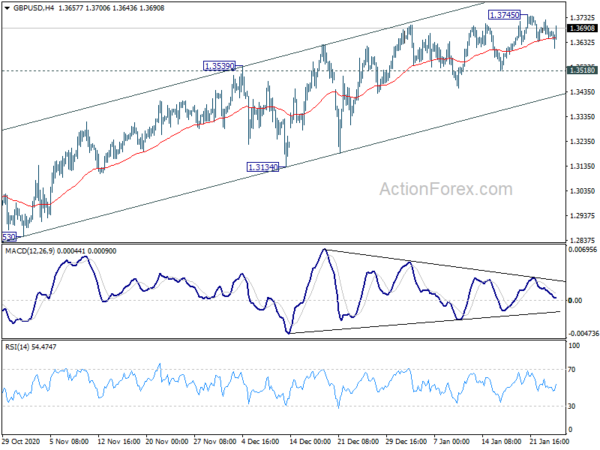 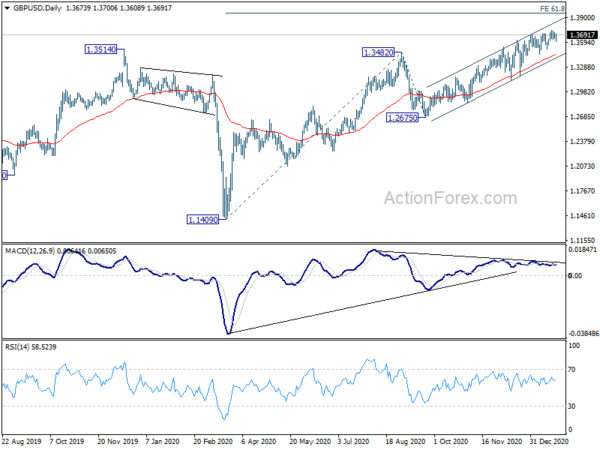 Euro, Sterling and Swiss Interplay Eyed as Volatility in Stocks and Yields Shrugged

Euro, Sterling and Swiss Interplay Eyed as Volatility in Stocks and Yields Shrugged

Finding the market tough right now? Here’s how young investors can be smart with their money