Dollar and Yen were solid off broadly overnight as S&P 500 and NASDAQ extended record runs. More importantly, the greenback has finally broke through a key support level against Euro, confirming down trend resumption. European majors are currently the strongest ones as led by the common currency. Australian Dollar is clearly lagging behind despite stronger than expected GDP and upbeat comments from RBA Governor. Aussie is dragged down by worsening relations with China. 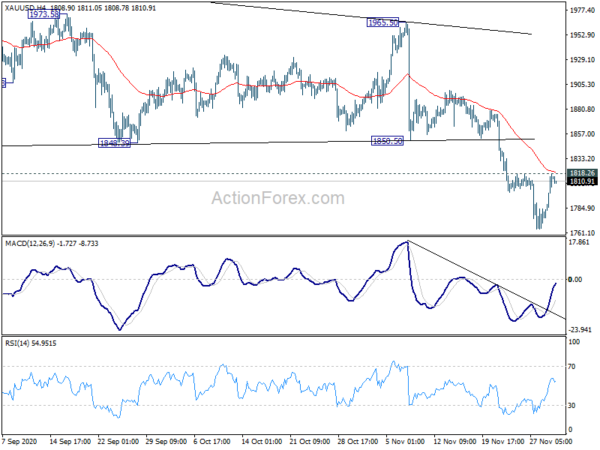 Australia GDP grew 3.3% qoq in Q3, technically out of recession

Head of National Accounts at the ABS, Michael Smedes said: “Following the record 7.0 per cent decline in the June quarter, Australia experienced a partial recovery in the September quarter. As a result, economic activity fell 3.8 per cent through the year to September quarter.”

Treasurer Josh Frydenberg said, “facing a once-in-a-century pandemic that has caused the greatest economic shock since the Great Depression, Australia has performed better on the health and economic fronts than nearly any other country in the world.”

In the remarks to a House committee, RBA Governor Philip Lowe said Australia has “now turned the corner” after an extremely difficult year, and economy recovery is “underway”. “The economic news has, on balance, been better than we were expecting. RBA is expected GDP growth to be “solidly positive” in both Q3 and Q4, followed by 5% growth over 2021 and 4% over 2022.

“Recent medical breakthroughs give us some hope that things will work out better than this,” Lowe added. ” If so, confidence would lift and there would be a further easing of restrictions. The result would be an upside surprise to growth and jobs, especially given the significant policy stimulus that is already in place, the generally strong balance sheets and the substantial government incentives for businesses to employ people and invest.”

On monetary policy, Lowe said the movement in market prices in response to the package announced in November was “broadly as we expected”. The board will “continue to review the details of this package” and policymakers are “prepared to do more, if that is required”. But he reiterated that negative interest rate is “extraordinarily unlikely, with any benefits being outweighed by the costs”

BoJ Amamiya: Will extend the duration of COVID-response measures if needed

BoJ Deputy Governor Masayoshi Amamiya said the current “powerful easing” is exerting an “intended effect” on the economy. Private consumption was gradually picking up, and likely to continue recovery. However, he expected corporate finance to remain under stress as “economic improvement to be moderate”.

“The BOJ will closely watch the impact of COVID-19 for the time being and take additional easing steps without hesitation as needed,” he added. “Will extend the duration of COVID-response measures beyond march deadline as needed, with an eye on pandemic impact on economy.”

In the testimony before a Senate Committee, Fed Chair Jerome Powell warned “the rise in new COVID-19 cases, both here and abroad, is concerning and could prove challenging for the next few months.” And, “a full economic recovery is unlikely until people are confident that it is safe to reengage in a broad range of activities.

New on vaccine is “very positive for the medium term”. But “significant challenges and uncertainties remain, including timing, production and distribution, and efficacy across different groups”. Hence, remains “difficult” to assess the timing and scope of respective economic implications.

San Francisco Fed President Mary Daly said she’s assuming “a slow grinding recovery persists until we have the virus fully behind us. And that’s “predicated on a vaccine that is widely available and distributed.”

At the same time, monetary policy is “in a good place”. “It is not the time to stimulate the economy aggressively and get people out in the economy because that would be unsafe,” she added.

“We are thinking hard about what does the economy need and … when can we shift gears mentally… from building a bridge to actually trying to stimulate the economy into a strong recovery,” she said. “And we are not there yet.” 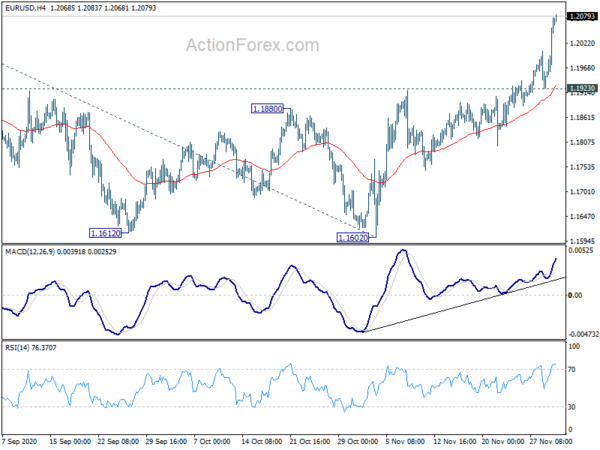 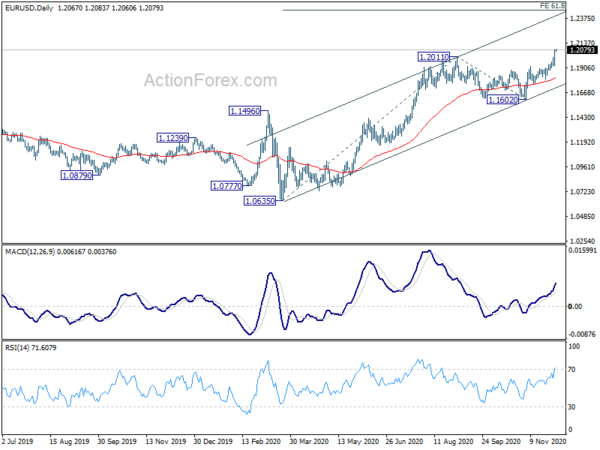 Waiting for market bottom is a mistake and investors should buy now, David Rubenstein says