The forex markets are reversing some of this week moves today, as stock investors are also taking some profits ahead of the weekend. Euro is the better performing so far, followed by Swiss Franc, Dollar and Yen. Meanwhile, Sterling and commodity currencies are the weaker ones. As for the week, Dollar is the weakest together with Yen while Sterling is the strongest with Kiwi. Nonetheless, all major pair are now trading inside prior week’s range, except Sterling versus Aussie. Forex traders haven’t made up their minds on a direction yet.

Technically, Euro has recovered after yesterday’s ECB rate decision, and defended near term bottom against Dollar, Yen and Swiss Franc. Focus is back to near term resistance minor resistance level. EUR/USD has already taken out 1.2157 to resume the rebound from 1.2052. EUR/JPY could have a take on 126.19 and break will resume the rebound from 125.07. More importantly, break of 0.8923 minor resistance in EUR/GBP would argue that it has regained 0.8861 key support, keeping near term outlook neutral at worst. 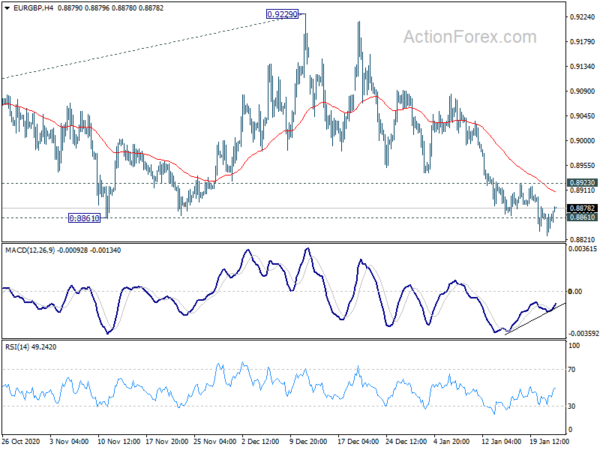 Usamah Bhatti, Economist at IHS Markit, said: “Short-term activity will undoubtedly be hampered by rising coronavirus disease 2019 (COVID-19) cases, as the government declared a state of emergency in Tokyo and introduced further measures to curb rising infection rates. As a result, positive sentiment weakened across the private sector. Firms are still predicting growth over the coming 12 months, although concern remains that the impact of the pandemic will be prolonged.”

“I don’t think the risk of Japan sliding back into deflation is high,” BOJ Governor Haruhiko Kuroda insisted yesterday. “But potential growth may be falling so we need to look at the impact (on prices) carefully.”

Pollyanna De Lima, Economics Associate Director at IHS Markit, said: “The Australian private sector remained resilient at the start of the year, despite the COVID-19 pandemic, with the flash PMI showing sustained growth of new orders, output and employment… While this boost in demand is welcome, inflationary pressures seem to be mounting….

“Material shortages and restricted freight capacity remained key themes of the survey…. Businesses were upbeat towards the year-ahead outlook for output, with hopes pinned on vaccine developments and the eventual lifting of restrictions globally. However, optimism weakened in January, dampened by concerns over the long-term effects of the COVID-19 pandemic on the economy.”

Australia retail sales dropped -4.2% mom in December, much worse than expectation of -1.5% mom. Over than year, sales rose 9.4% yoy. Victoria led the falls by state, down -7% following a 22% rise in November, while New South Wales fell -5% as localized restrictions in Sydney impacted turnover. All states and territories, except for the Northern Territory, fell this month.

BNZ Senior Economist, Doug Steel said that “the PMI’s three-month moving average sits at an expansionary 51.8, albeit below its long-term average of 53.0. This all suggests some expansion in the final quarter of last year, but the softer December month suggests some caution heading into the New Year.”

The trimmed means CPI, which exclude extreme price movements, ranged from 1.7% to 2.1% yoy, indicating that underlying inflation is higher than the 1.4% overall increase in CPI. 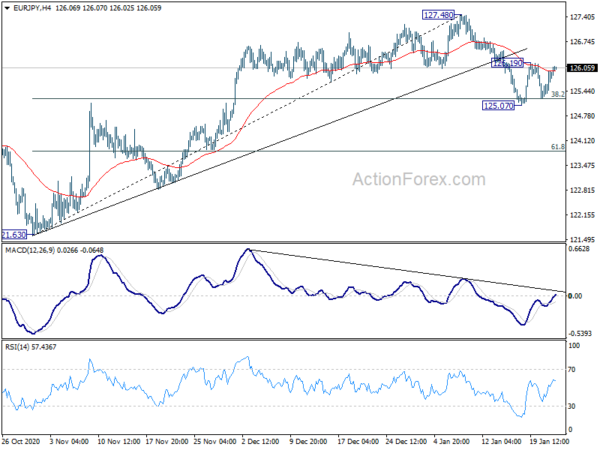 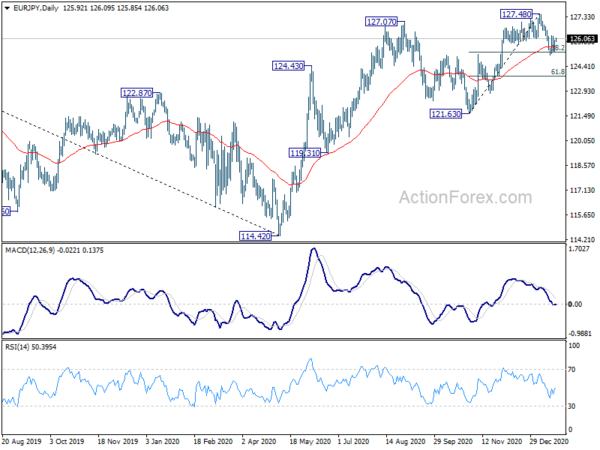 Waiting to confront Texas school shooter was ‘the wrong decision,’ police admit along with string of other failures

‘Collective grief’ from school shootings and the pandemic is rewiring our brains, experts say