Yen selling takes center stage today, following strong rise in global treasury yields. In particular, US 10-year yield is trading at 0.99 at the time of writing, after hitting 1.037 earlier. Dollar remains generally pressured, and even the recovery against Yen is weak. The surprised contraction in ADP employment is definitely not giving the greenback any support. Australian and New Zealand Dollars are currently the strongest, followed by Euro.

Technically, the rise in treasury yield prompted a relatively sharp pull back in Gold, hitting 1925.53. For now, we’re not expecting a break of 1906.74 resistance turned support. But break there could help signal some recovery in Dollar elsewhere. We’ll see. Before that, EUR/JPY could be a more immediate focus. Firm break of 127.07/22 resistance will resume larger rise from 114.42 to 128.67 medium term fibonacci resistance. 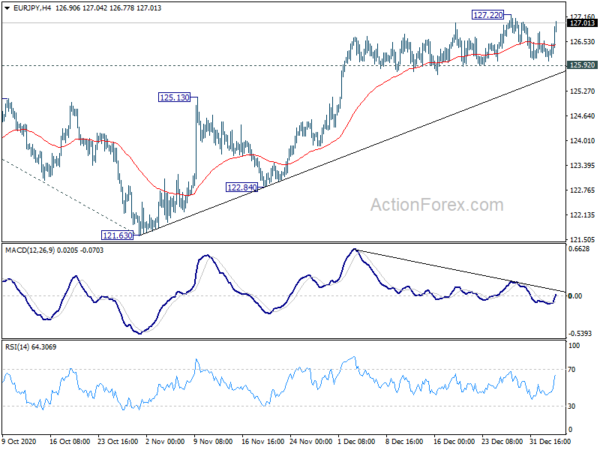 “As the impact of the pandemic on the labor market intensifies, December posted the first decline since April 2020,” said Ahu Yildirmaz, vice president and co-head of the ADP Research Institute. “The job losses were primarily concentrated in retail and leisure and hospitality.”

Eurozone PPI came in at 0.4% mom, -1.9% yoy in November, above expectation of 0.1% mom, -2.2% yoy. Industrial producer prices increased by 1.3% mom in the energy sector, by 0.3% mom for intermediate goods and by 0.1% mom for durable consumer goods, while prices remained stable for capital goods and non-durable consumer goods. Prices in total industry excluding energy increased by 0.1% mom.

Eurozone PMI composite finalized at 49.1, worse may be yet to come

Chris Williamson, Chief Business Economist at IHS Markit said: “The eurozone economy contracted for a second successive month in December, deteriorating at a slightly faster rate than previously thought at the end of the year due to intensifying COVID-19 restrictions… Worse may be yet to come before things get better, especially as the latest survey data were collected before the news of the new – more contagious – strain of the virus…. The risk of a technical recession, with GDP also falling in the first quarter has therefore risen.

Tim Moore, Economics Director at IHS Markit: “With a third national lockdown underway, service providers will be braced for a sustained period of subdued UK economic conditions and deferred client spending in the first quarter of this year. However, business optimism on a 12-month horizon was relatively upbeat in December and reached its highest level for almost six years, underpinned by hopes that a successful vaccine roll-out will help to deliver a strong economic rebound in the second half of 2021.”

China Caixin PMI Services dropped to 56.3 in December, down from 57.8, missed expectation of 58.1. Markit said that business activity and new orders both increased at softest rates for three months. Though, optimism towards the year ahead edged up to highest since April 2011. The sharp rise in costs drove steepest increase in output charges for nearly 13 years.

PMI Composite dropped to 55.8, from a more than 10-year high of 57.5. Wang Zhe, Senior Economist at Caixin Insight Group said: “Looking ahead, we expect the post-epidemic economic recovery to continue for several months, and macroeconomic indicators will be stronger over the next six months due to the low bases in the first half of 2020. Entrepreneurs were confident about further improvement to the economy in the upcoming year.

“Meanwhile, we need to pay attention to the mounting pressure on costs brought by the increase in raw material prices and its adverse impact on employment, which is particularly important to figuring out how to exit the stimulus policies implemented during the epidemic.” 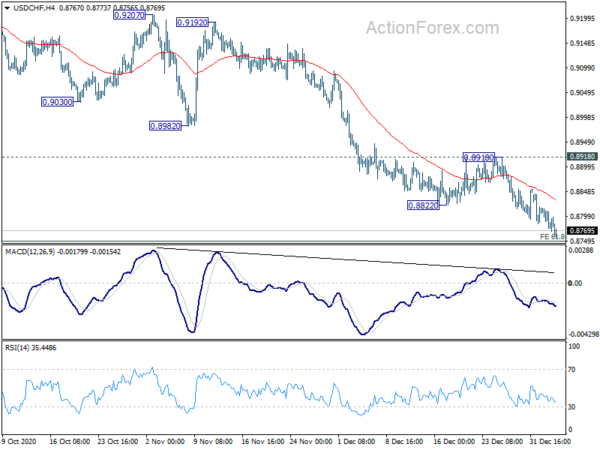 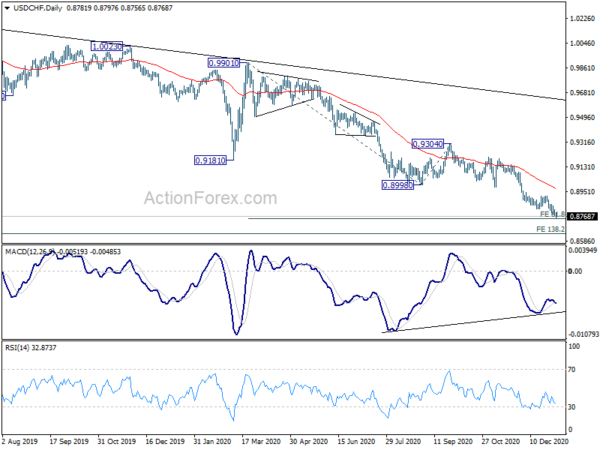