Sterling rises broadly in early US session on rumor that Brexit trade deal is “pretty much there”. But just like recent price actions, upside of the Pound is capped so far, waiting for confirmation. Dollar turns softer after a mixed batch of economic data, while firmer risk sentiment also sends Swiss Franc and Yen lower. Canadian Dollar shrugs better than expected GDP data. 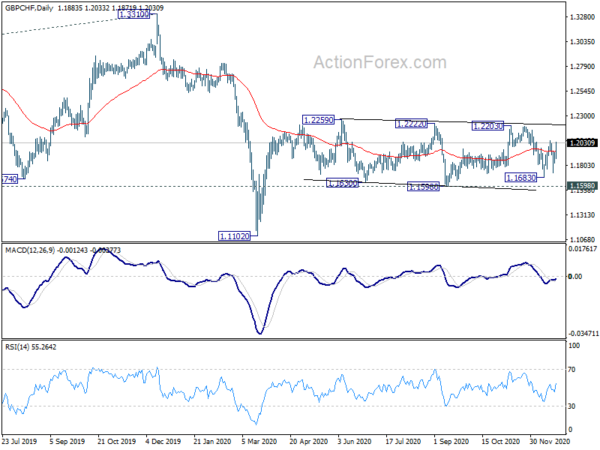 Merry Christmas to our readers. We’ll be back on Dec 28.

In the minutes of October 28-29 BoJ meeting, one member said the bank should “avoid bringing a premature end” to the pandemic policy responses, as the impact “might be prolonged”.

Another member warned, “given that monetary easing was expected to be prolonged, the Bank should further look for ways to enhance sustainability of the policy measure so that it would not face difficulty in conducting such purchases when a lowering of risk premia of asset prices was absolutely necessary.”

Also, one noted “attention should be paid to the possibility that the more prolonged the crisis response, the more the structural reforms toward sustainable growth would be delayed”. 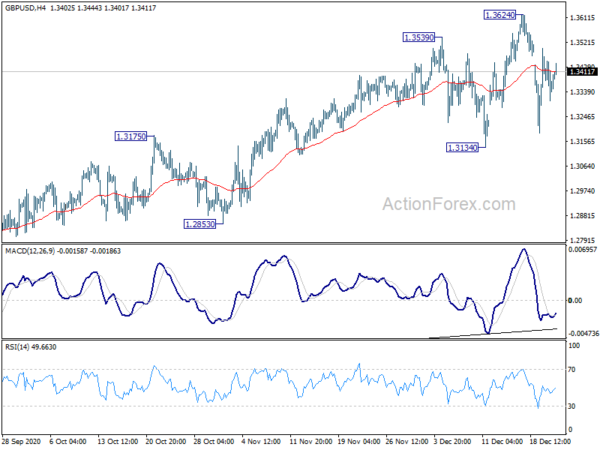 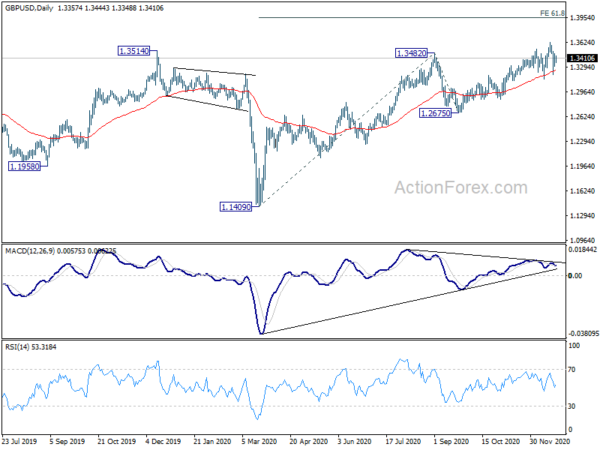 Sterling Rises as Brexit Deal Said to be Pretty Much There