Trading remains rather subdued with markets already in holiday mode. Sterling has the potential to explode with wild moves, but we’re so far disappointed by the lack of progress in Brexit trade negotiations. The surge in cases of the coronavirus, with threats of a new strain, also kept risk appetite capped. A bunch of economic data will be released from the US today, including jobless claims, PCE inflation and durable goods orders. Let’s see if they could bring the markets back to some lives.

Technically, EUR/USD’s rejection below 1.2272 short term top was in line with our expectations. Focus will turn to 1.2058 support in EUR/USD and 125.70 support in EUR/JPY. We’re not expecting a break of these level for now. But if they do, that could be an early signal of a near term rebound in both Dollar and Yen, and possibly a overdue pull back in stocks.

In the minutes of October 28-29 BoJ meeting, one member said the bank should “avoid bringing a premature end” to the pandemic policy responses, as the impact “might be prolonged”.

Another member warned, “given that monetary easing was expected to be prolonged, the Bank should further look for ways to enhance sustainability of the policy measure so that it would not face difficulty in conducting such purchases when a lowering of risk premia of asset prices was absolutely necessary.”

Also, one noted “attention should be paid to the possibility that the more prolonged the crisis response, the more the structural reforms toward sustainable growth would be delayed”.

The Reuters/INSEAD Asian Business Sentiment Index rose to 62 in Q4, up from 53 in Q3. That’s the best reading since Q4 2019, signalling more positive outlook.

“There’s a sense of optimism going forward,” said Antonio Fatas, Singapore-based economics professor at global business school INSEAD. “Things are getting better but they are getting better with still a dose of uncertainty. The effect of the crisis is very different across sectors,” he added, noting the weakness in the transport sector due to curbs on global travel.

Brexit trade negotiations are still stuck at fishing, after EU rejected UK’s last offer. It’s believed that progress were made and both sides had political willing. Many issues were close to resolved, except that fisheries remained difficult to bridge.

Chief negotiator Michel Barnier said, as he went into a meeting with EU ambassadors: “We are really in the crucial moment. We are giving it the final push. In 10 days the UK will leave the single market and we continue to work in total transparency with the member states right now and with the parliament.”

It’s reported that he told the ambassadors, there was “political willing on both sides to get this over the line”, adding that “some things now have to go higher up”.

Germany import price is the only feature in European session. Later in the day, Canada will release GDP. US will release jobless claims personal income and spending, durable goods orders and new home sales. 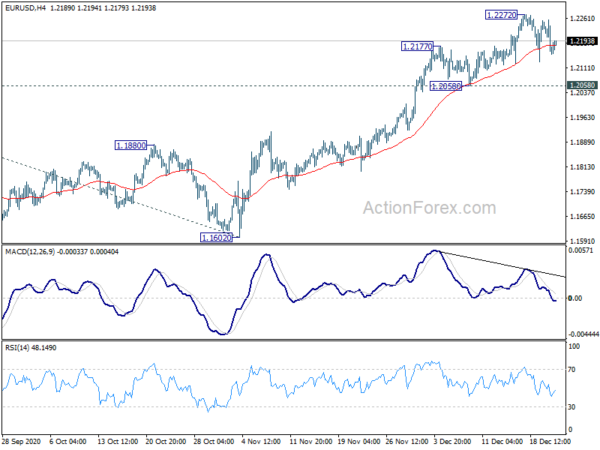 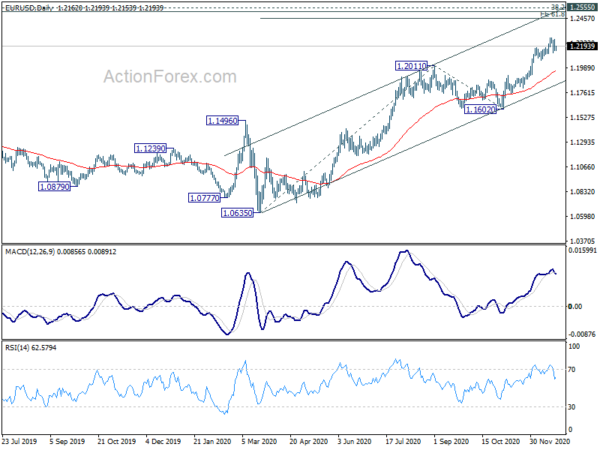 Sterling Rises as Brexit Deal Said to be Pretty Much There

Dan Niles predicts when the S&P 500 might bottom, and reveals how he’s profited this year