Yen and Dollar are under selling pressure today on strong risk-on markets. Nikkei closed above 30k handle for the first time in 30 years, as lifted by stronger than expected GDP data. Swiss Franc is following closely as third weakest. Sterling, is currently the best performer, on optimism of return to normal with vaccine rollouts. Australian Dollar is leading other commodity currencies higher too. But Canadian Dollar somewhat lags behind despite strong, accelerating oil price.

Technically, GBP/JPY is on track to retest 147.95 key structural resistance as rally continues. AUD/JPY is also on track to 84.60 projection level. EUR/JPY’s break of 127.48 resistance confirms earlier than expected up trend resumption. CAD/JPY takes out 82.69 resistance decisively to resume larger up trend form 73.80. A focus is now on when NZD/JPY would follow and break through 76.12 temporary top. 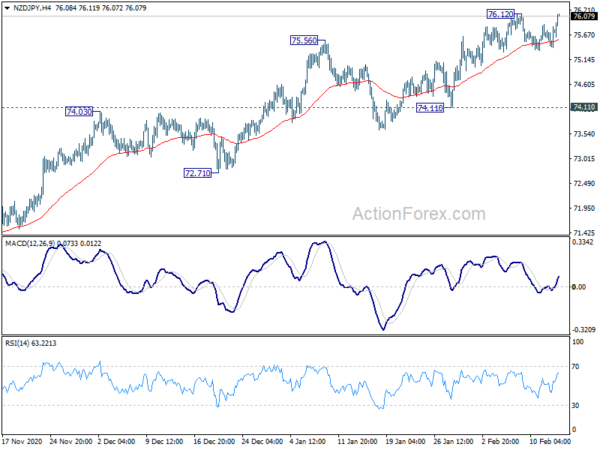 Economy Minister Yasutoshi Nishimura said that the set of data showed the economy’s capacity on recovery. Nevertheless, consumer spending remained below average. Exports could also weaken if the coronavirus infections prompts more restrictions in other markets like Europe. The country is not out of the woods yet.

Also from Japan, industrial production was finalized at -1.0% mom in December.

New Zealand BusinessNZ Performance of Services dropped -1.2 pts to 47.9 in January, signal deeper contraction. The index was also well below long term average of 53.8 for the survey. Looking at some details, activity/sales dropped from 51.0 to 46.4. Employment dropped from 52.8 to 46.9. New orders, though, improved from 50.9 to 53.7.

BusinessNZ chief executive Kirk Hope said that the January result was generally negative when examined more deeply. “Looking at the comments made by respondents, the ongoing trend of contraction was typified by the influences of the Xmas period, ongoing COVID-19 related issues (including freight challenges) and a slower return to business as usual post holidays”.

WTI oil gaps up today and surges to as high as 60.77 so far, breaking 60 psychological level. Buying was triggered by tension in Middle East. Dozens were killed in heavy clashes in Yemen between the country’s internationally recognized government and Iran-backed Houthi rebels. Additionally, sentiments were generally lifted by optimism of returning to normal with global vaccinations. 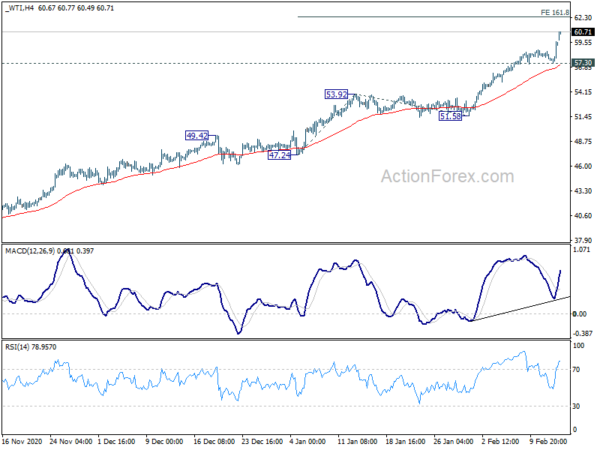 Bitcoin hits as high as 49238 in early trading but was rejected below 50k handle once again. As noted before, upside momentum is unconvincing with bearish divergence condition in hourly MACD. Even in case of another rally attempt, we’d expect 50k to limit upside for now and more consolidation is likely for the next few days. 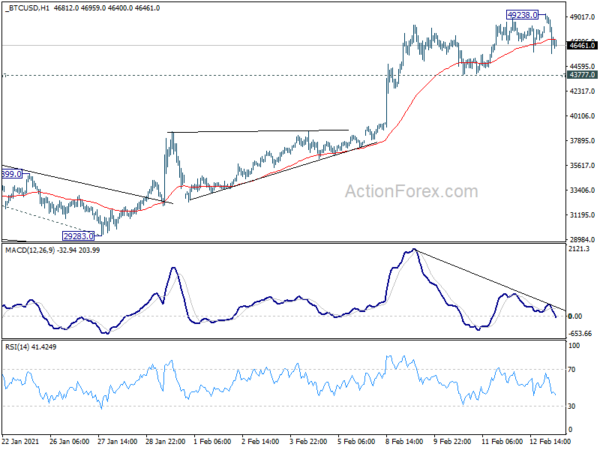 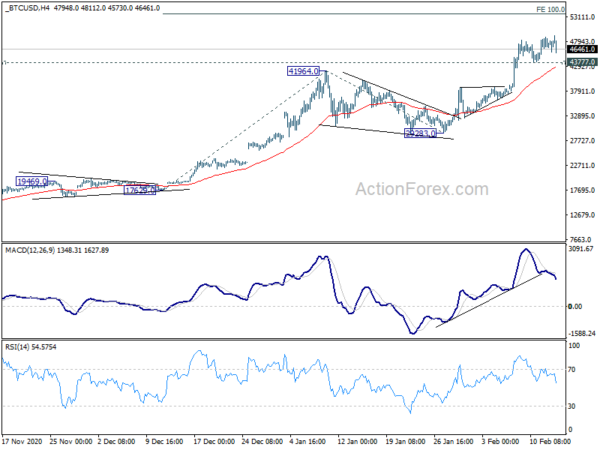 The economic calendar is back in full speed this week. Activity and sentiment indicators would likely catch most attention, including German ZEW and PMIs from Japan, Australia, Eurozone, UK. US will also release regional Fed surveys and PMIs. Inflation data are another focus for UK, Canada, Japan and New Zealand. Backward looking data are also featured with production from Eurozone and US, as well as retail sales from US, Australia, Canada, and UK. On central bank activities, RBA and ECB will release meeting minutes.

Here are some highlights for the week: 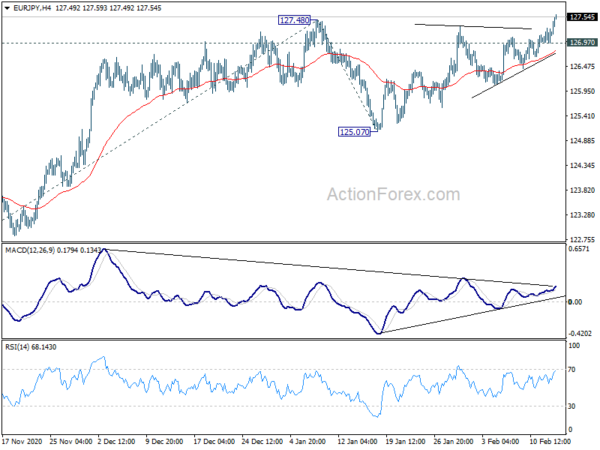 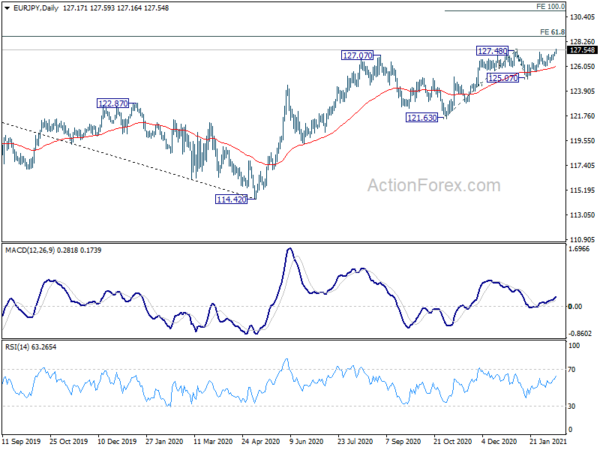